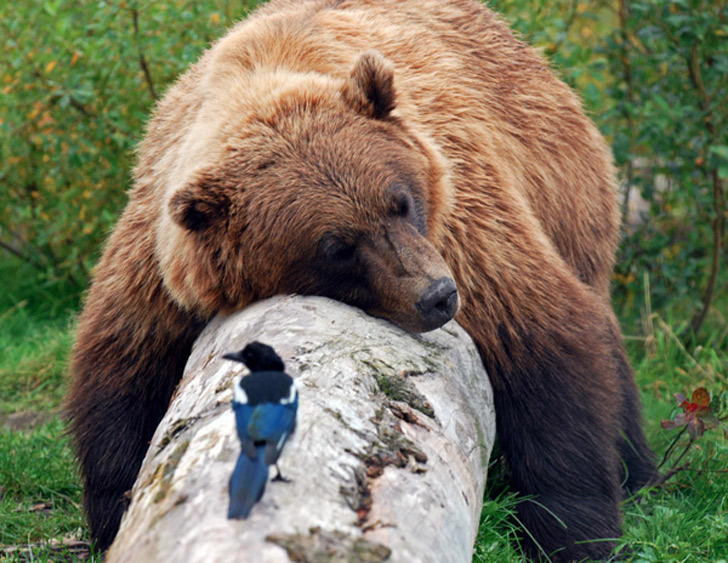 I may not be the Smash Bros illuminati elite, but I definitely notice the difference between the amount of tournaments in the Smash Bros community. The growth has been extraordinary. I remember back before Smash Bros went wild I begged for tournaments & the only ones that were going on were the ones I hosted. Granted this was early 2000s in Saudi Arabia in Aramco (an American community in Dhahran), it had that grassroots feel, well there wasn’t any grass…so more like sand box beginnings.

More importantly to get to the point of this post, tournament burnout is apparent and I see people projecting their emotions through their performance at tournaments & their social media interactions. Most professional sports organizations have an off season & that’s how we grew up. NFL takes a few months off between playoffs & Spring, NBA takes the summer off, and MLB has winter to hibernate. Competitive Smash Bros does not have an off season. For professionals who are in it to win every big prize they can, currently there is almost 2 large tournaments a month and much more if you factor in games a player competes in, invitationals, EXPOs, conventions, and local tournaments.

Before I ramble on too much, I just wanted to say I’m truly happy to see so much activity in the competitive Smash Bros community, but also that it is perfectly fine to go at your own pace. Also your pace is not the same as someone else’s pace, do what you feel is right and remember to put your priorities first. If you believe that going to only one national a month is enough while you practice and attend locals to test your might, that’s completely fine and anyone giving you crap has no idea how you feel and forgot that person.

You are the most important person to worry about in your competitive endeavours, and it’s important to remember to find your own pace.

Thank you for taking your time to read this and I love you buddy. Don’t fret about making it to everything. Make it to what you feel would be best for you. 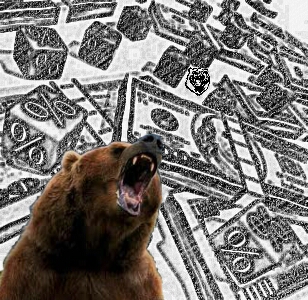 One of the most common questions I get from new tournament organizers in Smash Bros, Pokken Tournament, and some FGC is “How do I setup payouts? Is there a set %? Everything is different I’m a bit confused.”

First off, a few things to consider:

1. This is my opinion and not the only way to have it setup, but hopefully this helps.

2. Always have your payout procedure & percentages in writing when posting the event to various outlets.

3. Make sure you ensure that 1st place doesn’t get shafted; hard work should be rewarded.

4. The talent pool of a tournament shouldn’t affect your payouts mid tournament, you should set it in advance and prepare for any number of people inbound.

5. If there’s a pot bonus, make sure you indicate how it’s being distributed.

6. If you change anything (which I don’t recommend if you are have a large number of people payed & signed up), make sure you let people know via all means of communication tools you’re equipped with (Facebook, Twitter, YouTube, blog, Vine, Snapchat, or whatever you can use to get the message out there).

Now to my recommendations for percentages based on number of entrants:

You’re more than welcome to adjust & use whatever payout you choose. I hope this helps people as a blueprint. 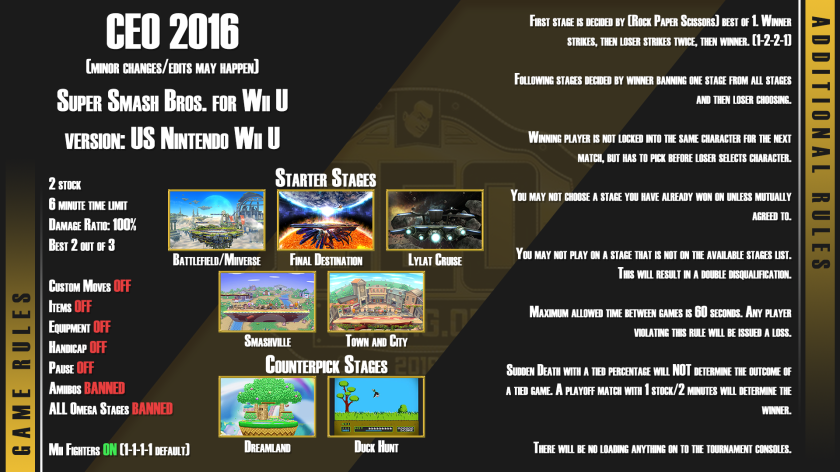 Above is the CEO 2016 Super Smash Bros for Wii U (Smash 4) Ruleset in a nice high resolution image by Panda Global’s KTH.

I asked KTH to make this so that any TO that is in need has a nice easy to read printable ruleset. (Minor changes/edits may happen; if they do I’ll adjust the image accordingly with the help of my trusted graphic designers). Note that CEO, they’re allowing wireless controllers with a strict desync policy to avoid any delays.

This is approved by Alex Jebailey and we appreciate his support. We did this out of courtesy to the Smash 4 scene and wanted to ensure every TO, player, commentator, and spectator has easy access to something visual for the CEO 2016 Ruleset.

I hope this is of use for some people. If you need a high resolution emailed to you, just DM on Twitter and I’ll send it to you.

Be sure to register for CEO 2016! Follow the link below! 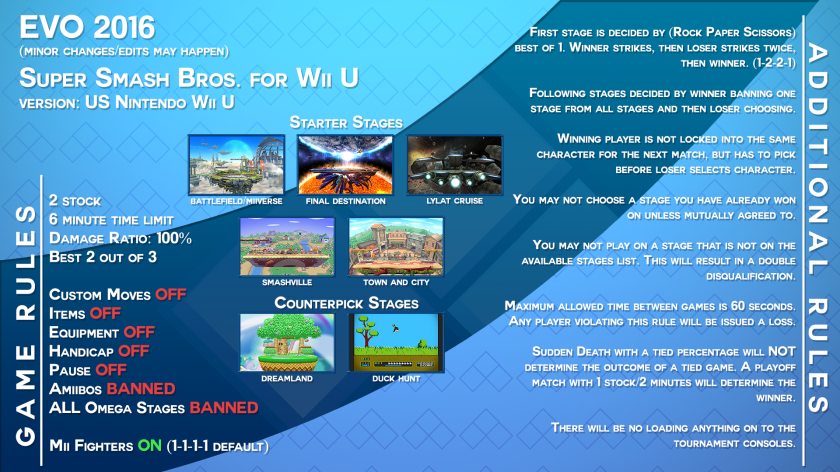 Above is the EVO 2016 Super Smash Bros for Wii U (Smash 4) Ruleset in a nice high resolution image by Panda Global’s KTH & Wolfiisair.

I asked them to make this so that any TO that is in need to go by the EVO 2016 Smash 4 Ruleset has a nice easy to read printable ruleset. (Minor changes/edits may happen; if they do I’ll adjust the image accordingly with the help of my trusted graphic designers)

This is unofficial we did this out of courtesy to the Smash 4 scene and wanted to ensure every TO, player, commentator, and spectator has easy access to something visual for the EVO 2016 Ruleset.

I hope this is of use for some people. If you need a high resolution emailed to you, just DM on Twitter and I’ll send it to you. 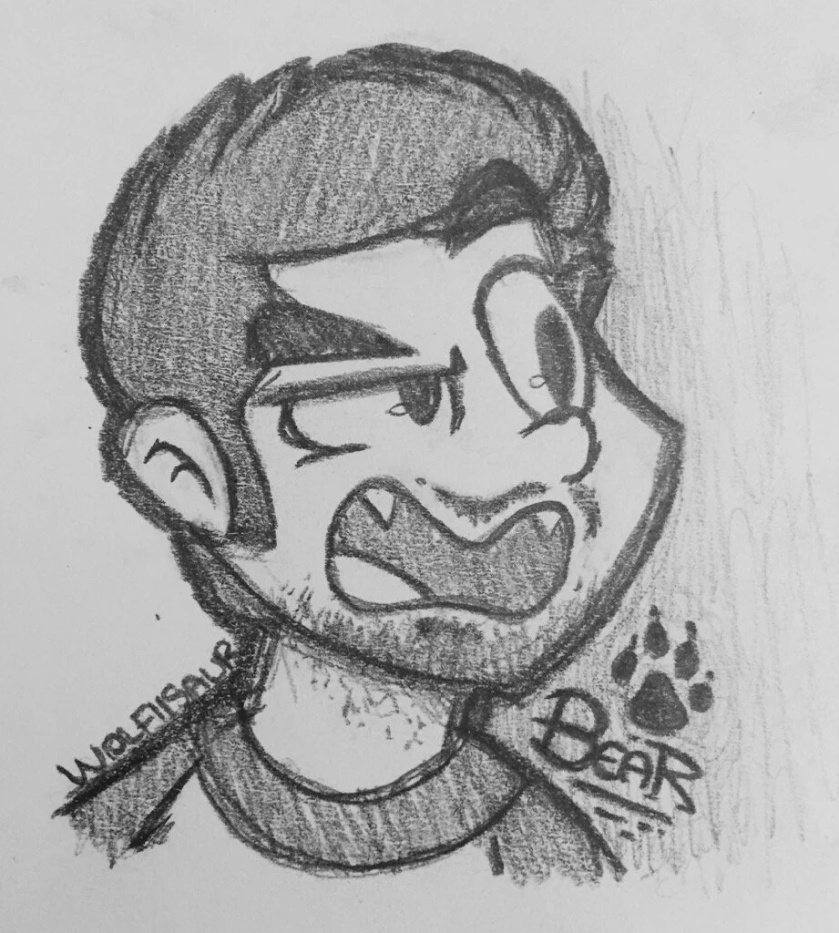 I’m really grateful whenever someone draws any art for me & especially so when it’s fan art of me. 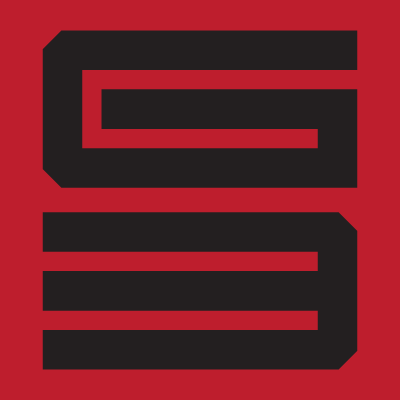 ICYMI = In Case You Missed It

I thought I’d repost my Reddit thank you in my blog:

Thank you all so much for taking time out of your lives to come to play a video game competitively about characters bashing their bodies to high percentages.

SSB64, Wii U, and Melee. Y’all were phenomenal.

Everyone was amazing to meet and I had the pleasure to be your Wii U TO for the weekend. I hope to improve any way I can for any future events I may be your TO for.

Greatly appreciate every single volunteer for giving your time to help make this a success. Without you, we couldn’t have done it and I hope Top 8 Sunday was a great reward of itself. I’m still shaking from all of it.

Please thank all the staff from Showdown for a wonderful stream production, the crew worked so hard to deliver something magical and I’m damn proud to have helped.

Huge thank yous to Boback, Sheridan, and David who believed in me to take on TOing a ~1,100 Wii U event. I’m very humbled to have accomplished this and looking forward to seeing y’all soon enough better improved as well.

Genesis 3 Smash 4 Crew Ruleset:
­ 5 players must be selected and will be locked before a region battles (must be from the official mains & subs list) all 5 players are locked to 1 character per round (Region Vs Region) and captains must share whom those are at the before the region battles

­ Each crew may select their lead player. If an agreement on starting match cannot be made, a double blind pick may be called.

­ The winning player starts the game by SDing to the number of stocks he finished with previous game.

­ This continues until one crew runs out of players.

Coaching: There will be no coaching allowed during a game. Players may having coaching between games. Players are always allowed 3 minutes between games for this purpose in addition to ordinary time constraints.

EVO 2016 Ruleset is out. Minor edits may happen.

All Omega stages are banned.

Following stages decided by winner banning one stage from all stages and then loser choosing.

Winning player is not locked into the same character for the next match, but has to pick before loser selects character.

You may not choose a stage you have already won on unless mutually agreed to.

You may not play on a stage that is not on the available stages list. This will result in a double disqualification.

Maximum allowed time between games is 60 seconds. Any player violating this rule will be issued a loss.

Sudden Death with a tied percentage will NOT determine the outcome of a tied game. A playoff match with 1 stock/2 minutes will determine the winner.

There will be no loading anything on to the tournament consoles.

All games will be played on the default settings, unless otherwise specified, below.

All macros available via the in-game controller configuration menu are allowed.

Accidentally pausing the game at any time during the fight will force you to forfeit the round.

You must provide your own controller for games played on all systems.

All converters are the responsibility of the player.

Cronus Max Plus and Titan One converters are banned.

All wireless controllers other than the DualShock4 and WiiU Pro Controller are banned.

DualShock4 players that don’t unpair their controller right after the match, are subject to disqualification.

XBOX One wireless controllers are allowed to be used only with a USB cable, and no batteries or battery pack in the controller.

Nintendo 3DS, 2DS, or WiiU gamepad are not allowed.

Removing the battery or otherwise disabling these controllers is NOT OK.

You may not use these controllers under any circumstances.

There is no coaching during any tournament match.

Earlier this week I wasn’t in the best place with so much family duties to tend to along with esports & my full time aviation job, but a Las Vegas local I’ve never met came to a tournament I TO’d at and thanked me for being a positive impact on the community & to his high school friends. They all are came out their first time to a tournament where they thought they would be bodied but ended up doing quite well. It was very heartwarming to see a group of friends say to themselves “let’s put ourselves out in the real world.”

That fam is what I strive for as a community leader. I don’t care for the winning a tournament, pulling off an awesome Oddshot worthy combo on stream, or being a famous tournament organizer (lolz really I’m nothing special).

It’s about the community. It’s about inspiring someone I’ve never known to come out with his or her friends to have a good time.

It’s a beautiful thing to see what I see, and I’m happy y’all like me enough to keep me around.

Thank you to everyone for your support & wonderful heartwarming gestures. I love the local Las Vegas Smash Bros community & they’re growing nicely in this small town (yes we’re not as big as you think we are). And thank you Tesla for reminding me why I got into TOing & community leadership in the first place.

Y’all are awesome. I may be not TOing in March & April for my wedding, honeymoon, & family, but I’ll still be there to help y’all when I can.